Calculate how your future could look

This savings calculator is designed to illustrate the potential benefit of joining and saving with Whai Rawa. It’s not a promise, but it should give you an idea of how your money might grow with Whai Rawa, as well as the difference things such as: compound interest; supplying the right tax rates; and the various contributions from Te Rūnanga can make to your account balance.

Are you an NZ Resident?

In either of the last two tax years ending 31st March, your lowest yearly taxable income excluding income from PIE investments was:

In either of the last two tax years ending 31st March, your lowest yearly taxable combined income was:

In either of the last two tax years ending 31st March, your lowest yearly taxable combined income was:

Are you an NZ tax Resident?

Can you provide an NZ IRD number?

In either of the last two tax years ending 31st March, your lowest yearly taxable income was: 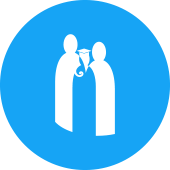 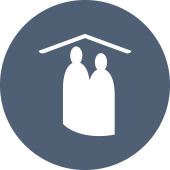 Based on the information you’ve provided, this illustration suggests you could save $100,000by the age of 65 assuming you don’t withdraw funds before then for tertiary education, home purchase or retirement (Whai Rawa retirement withdrawals are allowed from age 55).


If, for example, you plan to make a full withdrawal for your first home at age 30 you can see from the graph, how much you might have accumulated by that age. You could then rerun the calculator with a zero balance from age 30 to see how much you could save for retirement from age 30.

Assumptions and Methods of Calculation for Illustrative Financial Information

All such illustrative financial information will be based upon the anticipated future management of the Trust as envisaged by the Manager and assumptions as to future contributions to the Trust by Te Rūnanga o Ngāi Tahu.  Projected rates of return are prepared from assumptions as to future returns, revenues and expenses, including assumptions as to future contributions by Te Rūnanga o Ngāi Tahu, to enable Members to obtain an indication as to the possible returns on their savings.  The projections should not be used for any other purpose.  The assumptions are based upon the Manager’s judgement as to the most probable economic and other conditions affecting the Trust Fund, following consultation with Te Rūnanga o Ngāi Tahu and its advisers.  It is not intended that the projected rates of return will be subsequently updated unless the Manager is obliged to do so or unless the Manager decides for any reason that a different projected rate of return is appropriate for the Trust Fund.

Each illustration provided by or on behalf of the Manager will assume that: