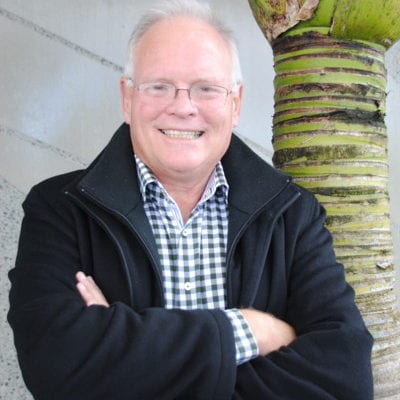 Lex Dillon, (Ngāti Irakehu) knows that one of the challenges for Ngāi Tahu in todays’ society is maintaining the integrity of the iwi while facing social changes. He says that "Whai Rawa is a valuable way of addressing that, of keeping iwi members in touch.”

Lex Dillion (Ngāti Irakehu) has always felt it was up to him and his late wife Robyn to take care of themselves in retirement, and was very keen to join Whai Rawa when it began in 2006. Lex also signed his three children up – Luke 36, Sean 34 and Hannah 31. Sean’s six-month-old daughter, Lucia, is a member of Whai Rawa too. Luke is saving for retirement while Sean and Hannah are hoping to use their savings for their first homes.

Lex intends to save his Whai Rawa balance until he retires and then use it to live a comfortable retirement and help his moko. As soon as Lex joined, he saved into his Whai Rawa through automatic payment – “that way it’s completely painless” – and he also gifted the children money for their Whai Rawa accounts for birthdays.

When Lex Dillon was in his first year of university, a Ngāi Tahu education grant paid for his law textbook. That may have been decades ago, but Lex, now 63, remembers it well. “That book was worth a week and half of wages back then, and the Ngāi Tahu grant made a huge difference to me. That’s one of the reasons I signed up to Whai Rawa as soon as possible. I know the power that good financial schemes like this have to change lives,” he says.

Whai Rawa has also provided a valuable link back to his iwi. “One of the challenges for Ngāi Tahu in todays’ society is maintaining the integrity of the iwi while facing social changes. Whai Rawa is a valuable way of addressing that, of keeping iwi members in touch.”